IAC has brought on-board two established celebrity chefs. These are American culinary experts ready to train participants at the workshop and be speakers at the food expo: 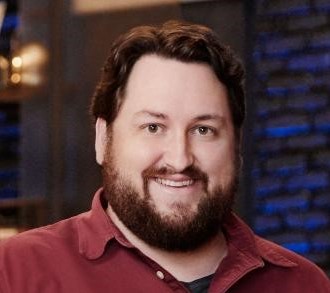 Jay Ducote is known as the food ambassador for South Louisiana. Jay’s passion for cooking started at LSU tailgates, and now this charismatic chef has his own culinary media company, a blog, and a line of his own packaged food products (sauces, mustard, wine, rubs and coffee) called JayD’s. His deep connection to and appreciation for the Louisiana food scene has led to cooking-competition victories and media awards. As a television and radio personality, Jay has made appearances on Food Network's The Kitchen and Burgers, Brews & Que, Travel Channel's Ginormous Foods, Cooking Channel's Eat St, Destination America’s Last Call Food Brawl, HBO's Treme and more.

Jay has spoken on panels on a wide range of topics, from culinary travel blogging for Louisiana Travel Promotion Association to utilizing social media effectively for the National Beer Wholesalers Association’s annual convention in San Diego. He has spoken about creating a strong brand and blogging locally at Yummy Nation’s FoodFightWrite in Las Vegas, and emceed at a variety of events, from charity galas to the Great American Seafood Cook-off.

In July 2016 Jay had the honor to cook a dinner at the historic James Beard House in NYC. He has cooked or judged food on many TV shows. Most notably he finished as a runner-up on Season 11 of Food Network Star in 2015, wowing judges with his Cajun and deep-fried cuisine.

Chef Jay is a culinary mastermind and an avid speaker. His passion for food and dedication towards the community are compelling. He brings great skill and diversity to IAC’s Food Diplomacy Program. 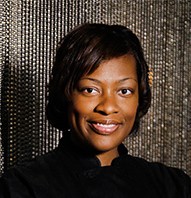 Beaumont, Texas native Tiffany Derry began her culinary career at the local International House of Pancakes. Derry quickly worked her way up within the company, becoming the youngest person to hold a management position at the age of 17. Upon high school graduation, Derry went on to hone her culinary techniques at the Art Institute of Houston, followed by stints in esteemed kitchens throughout Houston and Dallas including Pesce, Grotto Cucina Napolitano and Go Fish Ocean Club.

Derry expanded her fan-base and gained international notoriety when she appeared on Season 7 of Bravo’s Top Chef where she was voted “fan favorite” and achieved a place in the competition’s final four. Derry’s quiet confidence, warm southern charm, and culinary expertise made her a natural selection for Top Chef: All-Stars, where she was again a finalist.

In 2011, Derry teamed with Patrick Halbert of the Halstin Group to open Private|Social in the heart of Uptown, Dallas to much fanfare. The restaurant garnered much praise, including a 4-star review from The Dallas Morning News. The DMN also named Derry one of the “Best Chefs in DFW.” Derry has made appearances on MSNBC’s Melissa Harris-Perry and Food Network’s Bobby’s Dinner Battle.

In 2013, Derry parted ways with Private|Social to focus on Tiffany Derry Concepts (TDC), a company established to support Derry’s business and culinary ventures, which include television shows and partnerships with the world’s most recognized brands. Derry is scheduled to air in a new Spike TV series, “Hungry Investors” in Spring 2014. Alongside with “Bar Rescue’s” Jon Taffer and Chef John Besh, the trio will seek out and help “diamond in the rough” failing restaurants meet their potential.

In addition, Derry serves as a national spokesperson for the Art Institute’s Culinary Arts Program, and is a member of Les Dames d’Escoffier. She also gives back to the community by participating in programs with the Dallas Independent School District and The North Texas Food Bank. 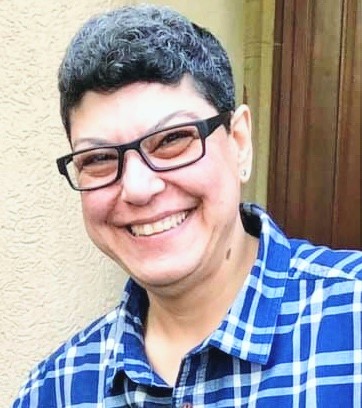 Rukshana’s passion is her enduring love for food of all kinds ranging from gourmet to rustic. She writes and reviews prolifically on the subject across myriad domains including Window on Travel and WhatsHot (Times of India Group). Rukshana is the proud Founder of the Kolkata Food Fanatics, a small but elite group of Food Enthusiasts and Bloggers who meet regularly to discuss and share ideas on all things culinary and Indian Culinary Commune a Facebook community of people who take their food as seriously as she does.

Her blog is theculinarycommentator.com and she also has a page by the same name on Facebook and Instagram where Rukshana shares her culinary experiences, interacts with like-minded souls and discusses food for thought. The blog was awarded Winner IFBA 2016 in the Restaurant Review Category by The Food Blogger Association of India, Best New Voice and Best Baking and Sweets Blog 2018 at Top Food Bloggers Awards and Best Photography Jury’s Choice Award and Best Photography People’s Choice Award at the Top Food Bloggers Awards 2019.

Professionally, she works as a Consultant in the F&B Industry and has been blessed to be associated with some of the biggest names in the business. Rukshana believes that to be able to pursue her passion as her profession is a true gift.

Travel, Photography and Music are her hobbies and she devours books with as much passion as she does her favorite dishes.

Watch the space for more updates.